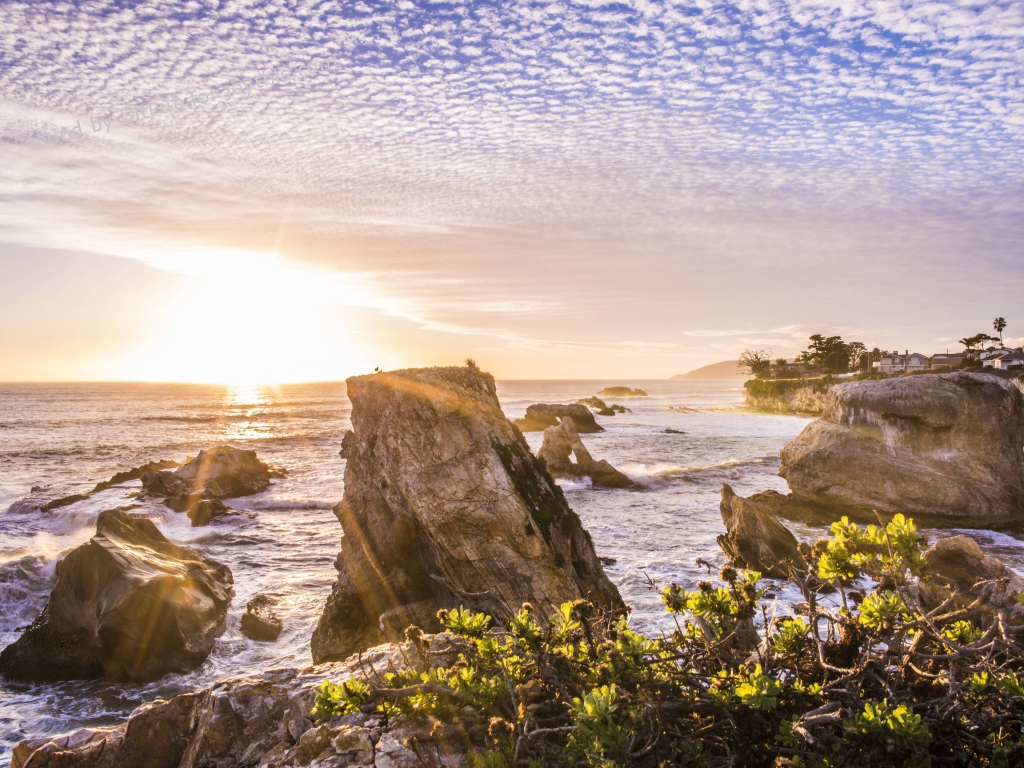 Central is an adjective usually referring to being in the center of some place or (mathematical) object.

A coastline or a seashore is the area where land meets the sea or ocean, or a line that forms the boundary between the land and the ocean or a lake.